CET Board of Directors

Innes Willox is Chief Executive of the Australian Industry Group, a leading industry organisation representing businesses in a broad range of sectors including manufacturing, construction, transport, defence, ICT and labour hire. Innes was appointed Chief Executive in May 2012.

His current appointments include:

Innes served as the Australian Consul General to Los Angeles from 2006 to 2008, where he represented wide-ranging Australian interests on the west coast of the United States, including in the areas of trade, finance, culture, bio-technology, environment and energy sectors.

He was Chief of Staff to the Australian Minister for Foreign Affairs, Alexander Downer, from 2004 to 2006. Earlier, Innes held a number of private sector and government positions including Manager of Global Public Affairs for Singapore Airlines based in Singapore (2000-04).

Innes began his working career as a journalist. His positions included Chief of Staff at The Age newspaper in Melbourne and Chief Political Correspondent for The Age in the Canberra Parliamentary Press Gallery.

Innes was educated at Melbourne High School; Monash University (BA History and Politics); and Edinburgh Business School. He is based in Melbourne and is a lifetime supporter of the Collingwood Football Club.

Adrian is responsible for developing and executing the strategic plan for the business and as CEO, has led the growth of SAGE from $44 million to $110 million, from 1 to 14 offices across Australia as well as three in India, acquired 5 businesses and leads a high performance team of more than 500 people.

Adrian is Chairperson of the international Control System Integration Association (CSIA) whose mission is to advance the industry of control system integration. He also sits on the Ai Group National Executive Advisory Council and the Board of National Association of Women in Operations (NAWO).

Adrian believes that the role of SAGE in this time of industrial digitalisation is to create a Smarter Future and a Better World.

For many years John has supported the charity Young Endeavour Youth Scheme and was formerly a member of the scheme’s advisory board. John is a graduate of the Australian Institute of Company Directors (GAICD) and a non-executive director of the Ai Group, Frontier Advisors and AustralianSuper. 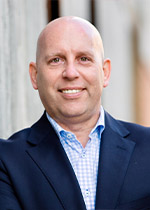 David Chuter is CEO and Managing Director at the Innovative Manufacturing CRC IMCRC), based in Melbourne. David is an experienced senior executive with a strong industry record in leading strategic business growth, operational management and change in the manufacturing sector. He is passionate about local industry and creating a stronger platform for Australian manufacturing through catalysing investment in technology, innovation, collaboration and competitiveness. David has more than thirty years of international manufacturing experience, with much of this gained in the global automotive industry.

David joined the IMCRC in June 2016. Prior to this, he was CEO of MHG Asia Pacific from 2014, and a member of the Futuris Automotive executive leadership team from 2001.

David holds a first-class Honours Degree in Manufacturing Engineering and Management from the University of Bath (UK), and is a Chartered Engineer with the Institution of Engineering and Technology. 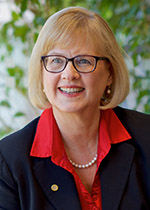 Professor Kristjanson served as Vice-Chancellor and President of Swinburne University of Technology from 2011-2020, and upon her retirement, was awarded an Emeritus Professorship.

In 2012, Professor Kristjanson received the Bethlehem Griffith Research Foundation Medal for outstanding leadership in palliative care research. She was awarded the Royal College of Physicians and Surgeons of Canada Visiting Professorship in Palliative Medicine, in 2007. Professor Kristjanson served as a member of the National Health & Medical Research Council from 2006 to 2009.

In 2002, Linda was named Australian Telstra Business Women of the Year in recognition of her entrepreneurial work in health and science. Professor Kristjanson was made an Officer of the Order of Australia in the 2017 Queen’s Birthday Honours list, acknowledged for her distinguished service to tertiary education through leadership and governance roles, strategic and innovative university reforms, and contributions to cancer research, palliative care and to women. 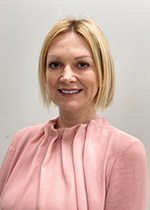 Ms Blana is the Executive Chairperson and sole shareholder of Nautitech Mining Systems, a global provider of smart electronic solutions for hazardous areas in mining. An eternal optimist, Aga is the driving force behind Nautitech® and has led the company throughout the highs and lows of the mining industry to achieve year-on-year financial growth both in Australia and overseas.

A strong advocate of diversity in the workforce with a particular focus on gender equality, Aga has made a tangible commitment to closing the gender pay gap through extra superannuation contributions for female employees. Aga also advocates for social licence in mining through various industry associations. Russell has an extensive background in heavy engineering manufacturing and the international resources engineering industry. With both public and private company board experience he has a deep appreciation of the importance of skills development, education and training within the Australian workforce.

Russell has a substantive understanding of industry/government interaction being the National Secretary/Treasurer of the Australian Industry Group and a long-standing Director of the Industry Capability Network (Victoria) Limited. 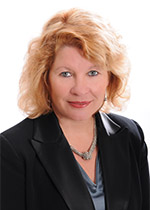 Megan was also on the AQF Review Panel. She has been a member of the Australia India Education Council, including Chairing the Skills Working Group, Australian Qualifications Framework Council, Queensland Ministerial Commission, Victorian Skills Commission and was a member of the National Skills Standards Council, and the National Quality Council. Megan also chaired the Joint COAG-NQC Working Group – VET Products for the 21 Century and has presented at international conferences. She has a Masters in Educational Policy and Administration.

Get in touch with the Centre for Education & Training to discuss your company’s skills issues and plans, our research and reports, or the members’ network.

Just under half (49%) of Ai Group members surveyed are experiencing their greatest increase in skill needs for Technicians and Trades Workers.
Ai Group Member Survey 2020
The top skill required globally by 2025 will be ‘analytical thinking and innovation’ .
World Economic Forum
A DevOps Engineer is one of the 25 emerging occupations identified in recent research
National Skills Commission
The pandemic has produced a gigantic job slide*: Based on Skill Levels, the less skilled a worker, the more likely that worker is to lose their job.
*Bernard Salt
The Demographics Group