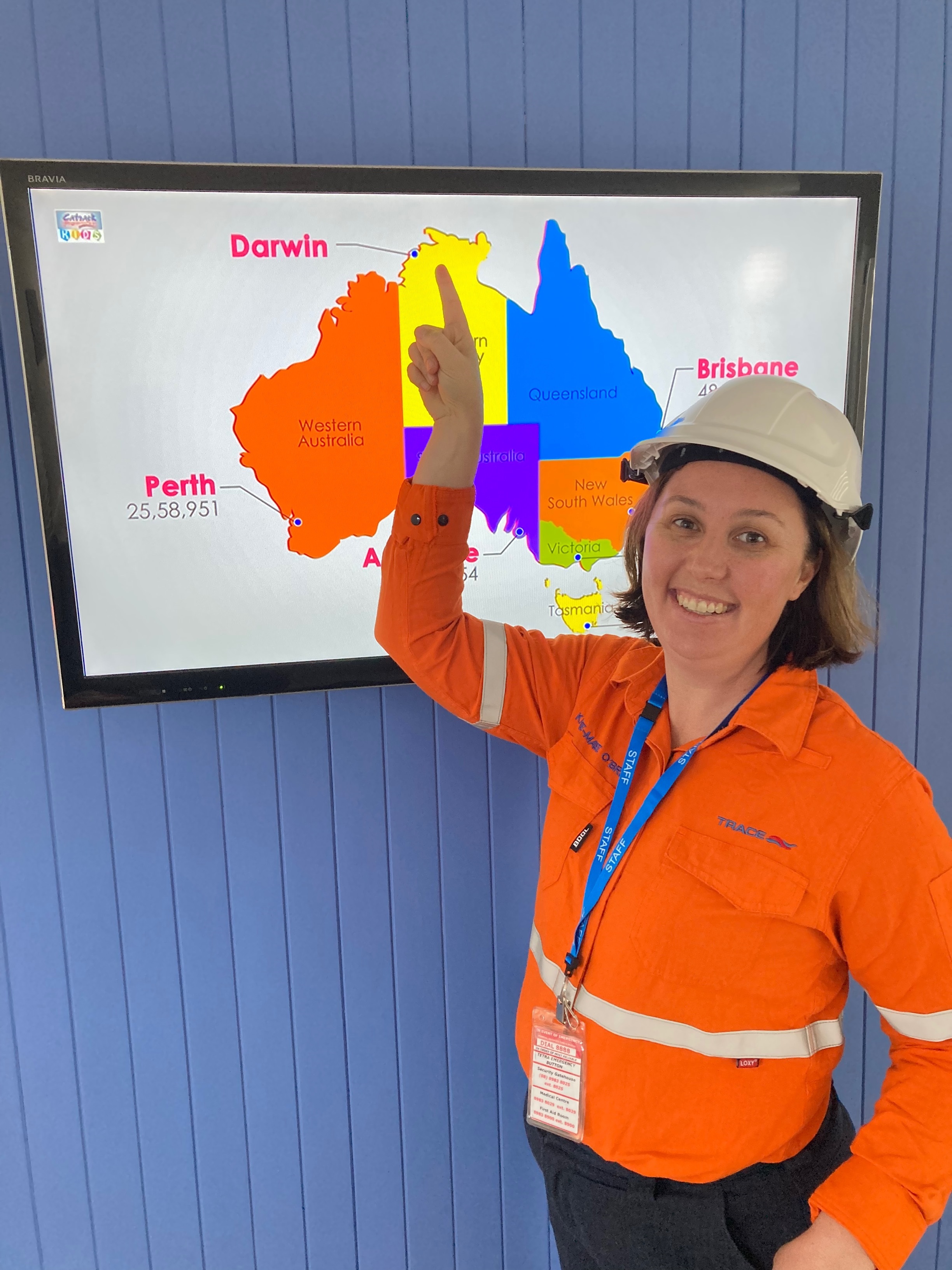 When Ai Group Workplace Relations Senior Adviser Katie-Maree O’Brien was offered a seven-week fly-in fly-out (FIFO) secondment in Darwin, she jumped at the chance to swap a suit in the city for steel caps and overalls on a gas site.

“Opportunities don’t come every day so why say no,” she said.

“I knew it was for a fixed time and if COVID taught me anything last year, it was if an opportunity comes up, just jump at it because we’re not going overseas any time soon.

“It’s OK to go and try something in a new environment.”

Ms O’Brien was seconded by a maintenance services provider during a gas process system maintenance shutdown at the Inpex-Icthys gas plant.

“We FIFO-ed in hundreds of employees from all over the country to manage this shutdown,” she said.

“The maintenance contractor needed someone to cover the night shift for Human Resources Industrial Relations because they couldn’t fill the role internally.

“It was often sorting out complex communications that had a legal effect and knowing how to work with employees,” she said.

“Often when you give advice in an office environment, you don’t know why it’s not landing at the client. If people don’t like your advice on site, you hear it to your face. It’s frontline feedback.”

The experience opened Ms O’Brien’s eyes to camp life: living with 600 other people, having set mealtimes and travelling on buses to and from work together.

“Not Monday to Friday; Monday through the weekend, to the following Saturday with the Sunday off.

“Your body is exhausted and your mind is fried but the community and support on site was fantastic.”

There was intermittent internet and access to food was restricted at the time.

“Those vending machines kept me alive because before shift, I was often asleep or didn’t have the will to go to the shops.

“Putting in long rosters, long hours and adding in the heat while wearing heavy, fire-retardant wrist-to-ankle overalls means you’ve got a good tropical mix with a laksa every Saturday.”

Despite these factors and knowing her three young children were doing just fine with husband Reece back home in Newcastle, Ms O’Brien relished the opportunity to find out what FIFO work was really like.

“It was understanding how fatigue affects performance in the workplace,” she said.

“Understanding what it’s like on site for the human resources department and seeing how many demands are placed on them and realising how busy and intense things are.

“When you’re on site, it’s the human being in front of you who’s asking you questions. It taught me a lot about site dynamics.”

There were fun times, too.

“You’re with these people for 12-13 hours a day and if you can’t joke around and be blunt and call a spade a spade, I don’t think we would have achieved nearly as much as we had on the project,” Ms O’Brien said.

“There’s a real sense of community, and seeing how those personal relationships played out within the business was important for me to see.

“Everyone is in the same boat, and they make the same sacrifices and commitments to do the work. It’s often not about pay; it’s about making the right connections to get on the next record-breaking project.

“I was often asked why I was doing a FIFO project. I was doing it because opportunities are few and far between and sometimes you need to say yes before you have time to think it through.

“Career isn’t static, and I wanted to get a perspective on what our clients do and what their reality is.

“With the skillset we’ve got, it’s a really good opportunity to put us in front of members to fill those gaps when they can’t do it.

“It also changed me from a desk-based worker interpreting words to a frontline employee having to react to challenges as they popped up.”

Who is leading your leaders?

Moon landing on the horizon for down-to-earth innovators